Book review: Barbarians at the gate

Book review: Barbarians at the gate

“Barbarians at the Gate” is a book title which quickly became a catchphrase in the finance industry. It describes how the once benevolent business practice of leveraged buyouts (LBOs), morphed into something more sinister under the influence of Wall Street in the 1980s. This book describes in detail the LBO and subsequent failure of the RJR Nabisco merger, and dives deeper into a Wall Street culture driven by greed and excess. An exciting read, with valuable lessons which still apply to investors today.

Book summary: Barbarians at the Gate

“Barbarians at the Gate” written by investigative journalists Bryan Burrough and John Helyar, follows Ross F. Johnson as he merges two of America’s biggest brands in the 1980s, RJR and Nabisco, becoming the CEO and president of tobacco and food corporation RJR Nabisco. What follows is the leveraged buyout (LBO) of RJR Nabisco, with a frenetic Wall Street bidding contest between members of the RJR Nabisco management, the investment banking firm Shearson Lehman Hutton, and the LBO firm Kohlberg, Roberts and Co, for the takeover of the company. This takeover was the peak of a wave of LBOs in the 1980s, and after a competitive bidding process, private equity firm Kohlberg Kravis Roberts & Co. (KKR) put in a winning $24.5 billion bid. This netted Johnson over $60 million and put millions more into the hands of executives, lawyers, and bankers involved in the deal. 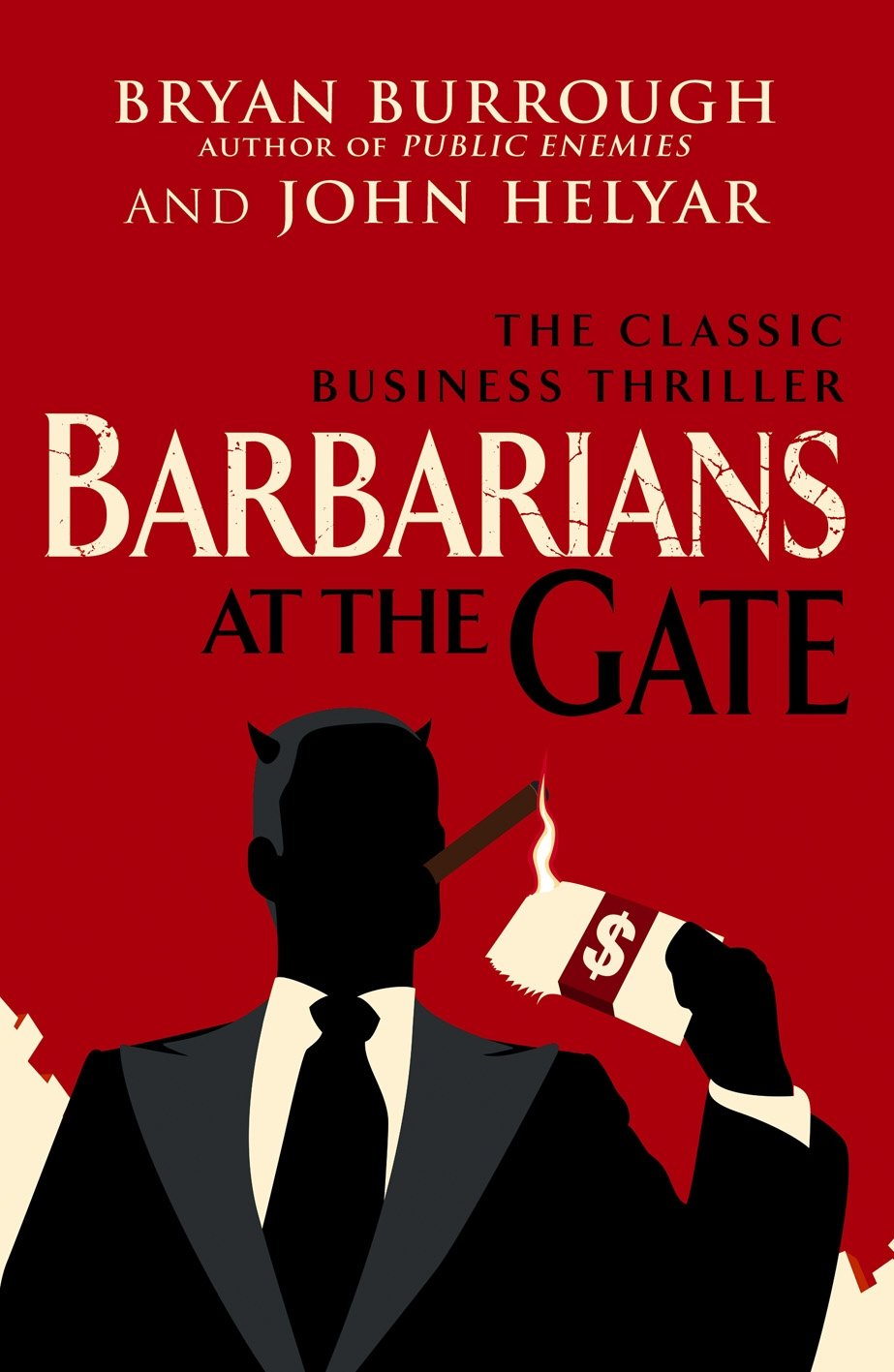 Financial concepts from “Barbarians at the Gate”

A leveraged buyout is a financial transaction where a company is purchased using a combination of equity and debt, and where the company’s cash flow is the collateral used to secure and repay the sum borrowed. LBOs started as a work-around by the wealthy to avoid estate taxes; investors would create a shell company and acquire the target company using bank loans and insurance bonds, with only 10% coming from the personal funds of the investors.

In the 1980s, the word LBO became synonymous with corporate greed – a representative of the unhinged excess of Wall Street. At the time, the US Internal Revenue Code allowed deductions of interest tax, but not dividends, encouraging companies to go into debt and pay interest, rather than operate at a profit. As well as this, junk bonds – speculative investments with a higher risk of defaulting – then made it possible to raise massive sums of money quickly. This further enabled the transformation of an LBO from a slow financial loophole, to a process used in hostile corporate takeovers.

The Downsides of LBOs

The use of LBOs for hostile takeovers left a heavy debt burden on companies and sparked widespread criticism. Government officials warned that a leveraged takeover one day could mean bankruptcy the next. The original shareholders would thus see their investment value crumble as the company took on enormous debt. The human cost was of course the employees of the targeted companies – many of whom would lose their jobs.

In 1985, Nabisco and RJR merged into RJR Nabisco because of the growth opportunities it would afford both companies. However, the flashy behaviour of the Northern US company, Nabisco, conflicted with the values of its Southern counterpart, RJR. For example, employees at the RJR factory rarely saw limousines, whereas it was the preferred mode of transportation for Nabisco managers. In 1988 there was an LBO takeover for the firm, and the dramatic bidding process put millions into the hands of those involved in the deal, but left the company crippled with a $30 billion debt. Private equity firm KKR agreed to insane terms to win the deal, including giving a huge cut to CEO Johnson, and agreeing to ensure the maintenance of certain departmental budgets and retirement packages. These concessions compromised the austerity measures which enable an LBO, such as downsizing departments to repay the debt. Crippled with debt, RJR Nabisco didn’t survive the long-term effects of the LBO, and in 1999 split back into tobacco and food companies.

An overlooked aspect of an LBO are the fees involved; in the case of RJR Nabisco, the upfront fees for advising, moneylending and a ‘success fee’ was upwards of $200 million alone. In all negotiations there are administration and other costs affecting the bottom line of the deal.

As an investor your primary concern is a return on your investments, so it pays to be aware of any changes to company structure or management, for example changes in the debt/equity structure, which could affect the longevity of the company. By staying aware of mergers, buyouts or other changes involving companies you own, you can better decide if it’s a hold or sell by considering the long-term impact on your investment.

Whether it’s the go-go 1980s or the sub-prime wave of the 2000s, greed is a recurring factor when it comes to detrimental financial practices. In the book, KKR was desperate for a piece of the LBO pie, and blinded by the promise of profit, agreed to extremely disadvantageous terms. Johnson also made a bid, but executive Charles Hugel saw how much he aimed to profit at the expense of thousands of Nabisco employees, and appalled by Johnson’s greed, accepted KKR’s lower bid. The lesson here is that numbers should never be the only consideration when making a deal. Taking Forstmann’s “real people, real money” approach, it’s clear that KKR’s bid of “phoney junk bond crap” only lead to fast profits for the dealmakers, and destroyed the long-term health of the company. As investors, it’s important to consider the real-world impact of our investments; by investing into people and ideas, we can help grow the companies of tomorrow, maintain the health of our business sectors, and make reliable long-term profits in the future.

An important aspect of finance is learning how the market is directly influenced by the expectations and actions of others. In the SimTrade course, after learning how the market works through the limit order book, prices and transaction volumes, students engage in a simulated market situation where they learn how to send orders, and see first-hand how this directly influences the market. SimTrade also teaches students to understand how a firm is valuated, the impact of events on stock prices, and the real-world effects of your investments. SimTrade is an incredible learning opportunity for those who want to both understand the market, and practice market activities safely in a simulated environment.

▶ Akshit GUPTA Analysis of Barbarians at the Gate movie

This entry was posted in Contributors, Culture. Bookmark the permalink.