This article written by Akshit Gupta (ESSEC Business School, Master in Management, 2022) presents a portrait of George Soros: a famous investor who broke the Bank of England in 1992.

“I’m only rich because I know when I’m wrong.” – George Soros

Pondering upon the above quote makes me realize that successful people do make bad choices but what matters is the fact that how long you take to correct that choice. 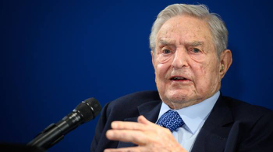 George Soros or ‘Boogeyman’, as quoted in an article by the New York Times, is a leading and one of the most successful investors and trader of all time. Born on August 12, 1930 in Budapest, Mr. Soros is not only a successful trader but also a business magnate, philanthropist and an assertive author who owns a hedge fund named Soros Fund Management, registered in New York City, United States, which reported an earnings of $300 million in 2016 and is ranked amongst the Top 10 Global Hedge Funds in the Forbes list.

Apart from being well known for this trading style, Mr. Soros is also known as a person who broke the Bank of England on September 16, 1992, the day which is registered as a ‘Black Wednesday’ in the history of Britain.

In 1979, a European Exchange Rate Mechanism (ERM) was set up to reduce exchange rate variability and stabilize the monetary policies across the continent. Also, a stage was being set to introduce a unified common currency named Euro. Britain joined ERM in the late 1990s due to political instability in the country raising fears of higher currency fluctuations. Under this mechanism, a bar of 6% fluctuation in either direction was set up giving the central banks of European countries like the Bank of England the right to intervene in the currency market with counter trades during adverse situations.

The Pound Sterling shadowed the German mark but owing to challenges faced by Britain at that point in time, including lower interest rates, higher inflation rates and an unstable economy, the currency traders weren’t satisfied with the decision. In order to protect their position, the traders started shorting Pound Sterling and amongst one of the lead traders was Mr. Soros who took a short position in Pound Sterling amounting to $10 billion. Owing to such a mass sell-off for Pound Sterling, the British Government was forced to withdraw from the ERM system and following this decision, the country went into official recession. During this entire period, George Soros made a whopping $1 billion with his position and brought Bank of England on its knees.

The SimTrade course teaches us the relevance of market news, types of orders and value creation while executing trades in the financial markets.  The experiences of Soros correlate with the concept of value creation and teach us a great deal about how a successful trader is not only a person who makes profits but also a person who knows how to cut upon the losses. It is always necessary to have a flexible approach towards the trades one has executed and, adapt with time. This relates to the risk management of a trading position.