How do “animal spirits” shape the evolution of financial markets?

Posted on 13 May 2021 by Raphaël ROERO DE CORTANZE

How do “animal spirits” shape the evolution of financial markets? 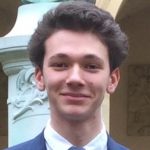 In this article, Raphaël ROERO DE CORTANZE (ESSEC Business School, Master in Management, 2018-2022) explores the concepts of rationality of economic agents and animal spirits to explain the behavior of individuals in financial markets.

Later, the neoclassic movement introduced the concept of “homo economicus”, a theorical representation of the human’s rational behavior.

If we attribute these rational characteristics to all economic agents, and if the market is completely free (the conditions of pure and perfect competition are met), then it is possible to build economic models that maximize everyone’s utility. Pareto’s optimum theory is based on the hypothesis all economic agents are rational. It is the same for Léon Walras, which explains that through the process of the Walrasian auction (“tâtonement walrasien” in French), it is possible to find the market equilibrium.

These theories paved the way to Eugene Fama’s market efficiency theory. A market is informationally “efficient” if the market price for a financial asset incorporates all relevant information available to market participants. As a consequence, statistically speaking, the best forecast of the future price is the present price, and the asset price follows a random walk with unpredictable future price changes. Economically speaking, the price of securities corresponds to their fundamental or intrinsic value, thus allowing an optimal allocation of resources. He thus rejected the post-1929 theories of behavioral research which had concluded that cognitive, emotional and collective imitation errors distort price formation. He re-examined the impact of market anomalies on market efficiency and concluded that the market efficiency hypothesis is finally resistant to the long-term rate anomalies put forward by the Keynesian and behavioral literature.

“Animal spirits”: a Keynesian counter-theory to the behavior of economic agent

The rational economic agent theory has been heavily criticized by behavioral research, sociology, and the Keynesian school. The French sociologist Pierre Bourdieu argued that the “myth” of the homo economicus is challenged by behavioral realities. Neoclassical economic theories are based on assumptions of behaviors (e.g. consumption) that are always sophisticated and rational, ignoring the fact that people also have their “little habits” linked to their past and their close environment. Not everyone manages and rationalizes its budget as a homo economicus would.

For Keynes, it is not certain that individual agents are rational, and it is not certain that the combination of individual decisions leads to an optimal collective situation. According to him, market imbalances are due to the instable behavior of economic agents. They respond to spontaneous expectations (“animal spirits”) through overconfidence and optimism, which lead to cyclical disturbances. Furthermore, Keynes argues that economic agents adopt a mimetic behavior: they elaborate their strategy according to that of the others. Contrary to the neoclassicals, he considers that there is no solid (i.e. non-probabilistic) basis for defining long-run expectations: the economic cycle lies in the endogenous instable behavior of economic agents. It is for this reason that he considers that it is possible that the regulatory action of the public power is preferable to the free play of the individual initiative.

A cohabitation of rationality and “animal spirit”

In view of recent market developments, it is fair to suggest that there is some cohabitation between rationality and “animal spirits” in the financial market. Indeed, it is indisputable that prices in the markets are governed in most cases by trends that are found so often that they become rules of operation. For instance, in most cases, after the issuance of a dividend, the offer and supply will adjust the stock price (in this case decrease it) in order to match the dividend issuance: the stock price falls by the amount of the issued dividend. Similarly, in the case of an M&A transaction announcement, the stock price of the target usually increases towards the offer price proposed by the acquirer. Markets are therefore imbued with a certain rationality, notably because economic agents seek to maximize their profit.

Nonetheless, if trends and mechanisms can be found in the markets, exceptional and sudden variations in stock prices are due to non-rational and mimetic behaviors. Herd behaviors can drive sudden spikes or drops. The GameStop frenzy is a good example of this herd dynamic, where the call of one user of Reddit to buy GameStop’s stock resulted in a frantic rush that caused the stock price to soar for a few days. Similarly, the crises of 1929, 1987 and 2008 are characterized by the same irrational herd behaviors. The fear of some investors due to a new information arriving on the market spread like wildfire and fueled a global panic, leading to a stock market crash.

To conclude, economic agents are globally rational because they generally seek to maximize their situation. Nevertheless, this rationalization should not be exaggerated, as it can also be biased by the intervention of external and internal factors (such as “animal spirits”). Financial speculation and the creation of bubbles demonstrate that the economic agent, even when aware of the absurdity of the situation, can still contribute to making it worse (herd instinct).

Keynes J.M. (1936) The General Theory of Employment, Interest and Money.

▶ Verlet A. The GameStop saga

This entry was posted in Contributors, Financial news, Financial techniques. Bookmark the permalink.