A pervasive moral stigma follows the financial sector, which has a dogged reputation for unethical and illegal behaviour. However, the ethical lapses often associated with finance are not always intentional. Instead, a contributing factor is that the teaching of finance and other business disciplines presents the challenge of linking theories and conceptual models to the “real world”. Entertainment media – such as films or books – are useful in this aspect as case studies; they provide students with an organisational frame of reference to better understand both situational contexts, and importantly, the human dimension behind financial numbers.

The movie The Wolf of Wall Street is the true story of how rags-to-riches trader Jordan Belfort started with an OTC brokerage firm using pump and dump schemes, but eventually became a main player on Wall Street, where he launched the IPOs of several large companies. This black comedy shows Belfort’s rise to the high-life and excess of Wall Street, followed by a sharp fall involving crime and corruption – all while being seriously entertaining.

The movie The Wolf of Wall Street follows one of Wall Street’s most infamous brokers, Jordan Belfort, who makes a fortune by defrauding investors out of millions. Directed by Martin Scorsese, the film starts with Belfort as an entry-level stockbroker at a Wall Street brokerage firm, where he is schooled on their cut-throat selling techniques. After a major market decline, he loses his job and goes to work for a small business selling penny stocks. After discovering the higher commission on penny stocks, he establishes his own firm, Stratton Oakmont, where he sells penny and IPO stocks with speculative returns. Jordan builds a business empire by presenting himself as a polished entrepreneur and training his employees on effective selling techniques. He is soon living the high life and becoming one of the major players on Wall Street, but soon discovers the dark side of success when he blurs ethical boundaries, quickly falling into a world of crime and corruption. 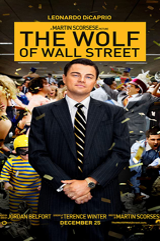 Financial concepts from the The Wolf of Wall Street film

Penny stocks are low-priced stocks that do not trade on major stock exchanges and are issued by companies that typically do not publish financial statements. These trade anywhere from a fraction of a cent to a few dollars, and because the market capitalization, stock price, and the daily volume of these stocks are quite low, they are highly vulnerable to manipulation. For example, a sudden large volume of purchase or sale could cause the price to drop by triple-digits in a single day.

‘Pump and Dump’ penny stock schemes are explained as the manipulation of the market through the accumulation of shares from penny stock or other companies, which are then stored in secret accounts. Investors are then ‘cold called’ to convince them that these companies are potential stocks for investments. The influx of purchasing orders would rapidly inflate the price, assuring investors that the shares are showing bullish behaviour. Belfort’s firm was a type of boiler room, with a team that pressured investors to place their money into highly speculative securities. At its peak, the firm is said to have employed about 1,000 stockbrokers overseeing more than $1 billion worth of investments.

While working at L.F. Rothschild in the 1980s, Belfort is quickly taught that a stockbroker’s only goal is to make money for himself. Brokers seemed to focus on selling stocks and generating sales commissions, instead of advising clients on the financial risk of an investment or suitability for their portfolio. Belfort and his team are depicted as sales professionals, not financial ones, who are trained to sell investments at the expense of the client. Today, it’s still debatable whether financial professionals should be held to a fiduciary standard, requiring them to act in the best interest of a client, rather than simply providing a product.

Too good to be true: be your own investment expert

As the saying goes; if it sounds too good to be true, it probably is. Especially for beginners to the stock market, it’s important to remain clear-headed about your investment decisions and do your own research. Many of Belfort’s victims trusted him and invested all their life savings in ‘guaranteed’ stocks. Even with an advisor, it’s useful to understand financial markets and strategies, perhaps by at first investing small and diversifying your portfolio.

Legal standards are the rules which govern the financial sector; but while something can be legal, it may not always be ethical. Belfort’s company was within the law when selling penny stocks, but not fully disclosing the speculative nature of the stocks was completely unethical. While he started by simply blurring this line, Belfort soon crossed the line and was convicted for not following securities regulations. Ethical business practices are the foundation of trust and goodwill; it’s important to take responsibility for your actions.

The road to success

While perhaps not the best role model, Belfort shows that long-term success is not a straight road. He experienced both failures and successes before reaching the height of his career on Wall Street. Losing his job lead to him starting as a stockbroker, and even after going bankrupt and serving time in prison, Belfort finished his sentence and turned his strength in sales and communications into a career as a motivational speaker. Financial mistakes can be rectified and instead become lessons for success. The most important step a person can take, is the next one.

SimTrade allows you to make mistakes in a simulated setting, without suffering the financial consequences of trading with your personal funds. This course teaches you how to analyse the impact of events on stock prices and understand important concepts like market efficiency. As well as theory, you practice building a position, liquidating a position, and how to make the market. SimTrade is the best way for you to take risks, make mistakes, and learn how to make the best decisions for your portfolio.

Famous quote from the The Wolf of Wall Street film

Jordan Belfort: “Sell me this pen.”

Trailer of the The Wolf of Wall Street film

▶ Gupta A. Analysis of The Wolf of Wall Street movie (another analysis)

▶ Verlet A. Working in finance: trading

This entry was posted in Contributors, Culture, Movies and documentaries and tagged Movie, Wall Street. Bookmark the permalink.

3 Responses to Film analysis: The Wolf of Wall Street