Finance in 2021 was unlike anything imagined: cryptocurrencies going up and down, vaccines, trading restrictions, … all and all, it is safe to say that the year is a very particular one. Despite the losses and the misericord that the pandemic has brought upon us, perhaps it would be interesting to take a look back at how humanity managed to plummet its financial status without the intervention of an infectious virus. As such, we cannot but invoke the 2007-2008 world financial crisis. So, what are the reasons behind this dark event in financial history?

Front pages from then and now: 14 years apart, yet the same end: financial crash. 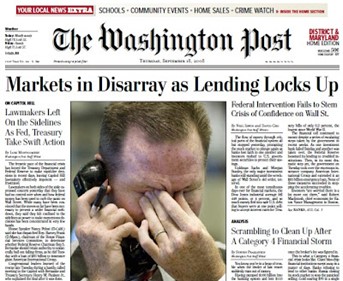 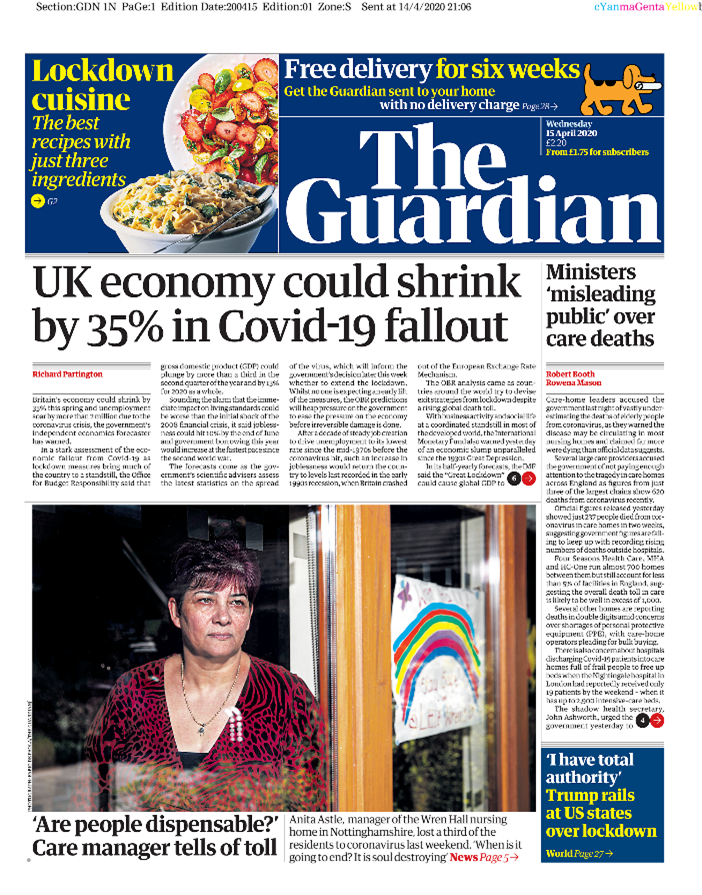 How ABS was the New Sexy for Bankers:

Starting 2000, the US was experiencing strong economic growth, and so bankers were easing up regulation on giving out loans and advances (corporate, retail, …) seeing things were going well, having as collateral to the real estate or asset bought with the loan. These collaterals were known as Collateralized Debt Obligations (CDO) or Assets Backed Securities (ABS).

Sub-Primers and Primers: Why Give to One, when you can Give to Both?

At the same period, there was a debt increase for real estate appropriation. Effectively, banks started having more structured and different loan offers for housing acquisition. This enabled banks supply more people with loans with the same periodic settlements as the amount of rent they were paying. In other words, instead of paying rent for the house you were in, you could pay the same amount and buy it for no additional cost. This process was spread even more because of the increase in people’s income, resulting from the economic growth. However sometimes loans were granted to individuals who could not afford it. These individuals, who evidently had a high risk of defaulting, were dubbed as “sub-primers”, but were ironically the prime target for bankers. As such, the demand for the real estate increased, thus the price of the houses as well.

It should be noted that, because of the way long term debt contract deals written by banks, loaners were paying the interest payment on their loan first, and their actual loan was to be paid later (while not all loaners were necessarily always aware of this). Despite this, there was no real problem at this point.

Transforming Assets into Financial Vehicles: The Role of SPVs:

Perhaps the real cause of what led to this international crisis was the securitization of Special Product Vehicles (SPV), or the process of externalizing assets into a fund (the SPVs in question) by financial institutions and selling it as shares. The basic idea is that an asset is transformed, or liquidized, into a financial product, that is sold on the market. Effectively, the underlying asset behind the real estate (that is now transformed into a fund) were the credit loans that were used to buy real estate. Naturally, seeing the economic growth, financial institutions that created these funds, like Lehman-Brothers, were promising high returns seeing the high demand for real estate. And so started the sale of financial securities to international investors outside of the US. Banks started adopting an “Originate-to-distribute” model, which involves lenders creating loans with the objective of selling them to other institutions and entities, instead of holding on to them until maturity (originate-and-hold).

which prompted people to go get even more loans and advances, when they couldn’t particularly afford paying it back.

and it is around this time that interest rates started increasing.

It was finally in 2006 that the US real estate market collapsed because of an economic slowdown due to unemployment increase (so absence or decrease of income, by consequence inability to pay back loans), and the other factors mentioned above (increase of interest rates, inflation rates). This economic slowdown resulted in the inability of loaners to pay back their obligations, and so banks started acquiring and selling the real estate collaterals (CDOs or ABS). But it is because of this sudden “crash” that there was a sharp decrease in the price of real estate. Keeping in mind that financial institutions had created funds (SPVs) deriving from these assets, and that investors from all around the world that had invested and bought shares in these funds, the collapse of the US real estate market was exported to all those investors, which led to the world financial crisis.

This led to a default in the 1st semester of 2007, as well as social crisis in the US (Approx. 1 million of American householders lost their homes and are still indebted). Even a federal bailout of Approx. 700 Billion USD was not enough to avoid the collapse of (like City Bank).

As such, we can summarize the economic reasons of the crisis were inflation, unemployment, interest rates increase, … But the financial reasons were that investors did not care/read about what was behind the funds created by financial institutions like Lehman-Brothers. The investors in question, which included big foreign intuitions did not care on the nature of the funds that were complex and opaque, but rather on the potential returns it presented them. Further, some blame the responsibility of this whole crisis on such financial institutions, without whose intervention, the collapse would have limited exclusively to the housing sector in the US.

One would think that after such an event, it would be sometime until humanity would face another similar economic or financial crisis. Usually, this would be true, as the major crises in the 20th century can be counted on your fingers (The Great Depression of 1929, Petrol Choc of 1973, …), and have some lapse of time between one another. But 21 years into the 21st century, and we have already faced 2 world crises. One could think that Kondratiev would not have come up with his famous wave were he living nowadays.
All and all, hard times will come and go, just as prosperous times will come and go. But the fact remains it is up to us to decide what to do: Opportunities are everywhere, even in dark times. One only has to have the wit and courage to go search for opportunity, and seize it.

Subprime indicates having or being an interest rate that is higher than a prime rate and is extended chiefly to a borrower who has a poor credit rating or is judged to be a potentially high risk for default (as due to low income). Lenders classify potential borrowers into two general categories: prime and subprime. Having a credit score between 580 and 669 is considered subprime according to the FICO scale and these borrowers are considered a higher risk to lenders. Prime borrows typically have a score greater than 669 and are consider to have the least risk of defaulting on a credit card or loan. Being a prime borrower makes you an attractive customer for banks and justifies your demand for the lowest possible interest rates. Prime borrowers are generally approved for higher loan amounts, higher credit limits, and lower down payments. In general, a good credit score gives prime borrowers more negotiating power when shopping for a credit card or loan.

Asset-backed securities, also called ABS, are pools of loans that are packaged and sold to investors as securities—a process known as “securitization.” The type of loans that are typically securitized includes home mortgages, credit card receivables, auto loans (including loans for recreational vehicles), home equity loans, student loans, and loans for boats.

Amadeo, Kimberly (20/10/2020) Subprime Mortgage Crisis and Its Aftermath The Balance.